Infertility is a disease of the reproductive system that impairs one of the body's most basic functions: the conception of children. Conception is a complicated process that depends upon many factors: on the production of healthy sperm by the man and healthy eggs by the woman; unblocked fallopian tubes that allow the sperm to reach the egg; the sperm's ability to fertilize the egg when they meet; the ability of the fertilized egg (embryo) to become implanted in the woman's uterus; and sufficient embryo quality.

Finally, for the pregnancy to continue to full term, the embryo must be healthy and the woman's hormonal environment adequate for its development. When just one of these factors is impaired, infertility can result.

No one can be blamed for infertility any more than anyone is to blame for diabetes or leukemia. In rough terms, about one-third of infertility cases can be attributed to male factors, and about one-third to factors that affect women. For the remaining one-third of infertile couples, infertility is caused by a combination of problems in both partners or, in about 20 percent of cases, is unexplained.The most common male infertility factors include azoospermia (no sperm cells are produced) and oligospermia (few sperm cells are produced). Sometimes, sperm cells are malformed or they die before they can reach the egg. In rare cases, infertility in men is caused by a genetic disease such as cystic fibrosis or a chromosomal abnormality.

The most common female infertility factor is an ovulation disorder. Other causes of female infertility include blocked fallopian tubes, which can occur when a woman has had pelvic inflammatory disease or endometriosis (a sometimes painful condition causing adhesions and cysts). Congenital anomalies (birth defects) involving the structure of the uterus and uterine fibroids are associated with repeated miscarriages.

How is Infertility Diagnosed?

Couples are generally advised to seek medical help if they are unable to achieve pregnancyafter a year of unprotected intercourse. The doctor will conduct a physical examination of both partners to determine their general state of health and to evaluate physical disorders that may be causing infertility. Usually both partners are interviewed about their sexual habits in order to determine whether intercourse is taking place properly for conception.If no cause can be determined at this point, more specific tests may be recommended. For women, these include an analysis of body temperature and ovulation, x-ray of the fallopian tubes and uterus, and laparoscopy. For men, initial tests focus on semen analysis.

How is Infertility Treated?

Most infertility cases -- 85 to 90 percent -- are treated with conventional therapies, such asdrug treatment or surgical repair of reproductive organs.

What is In Vitro Fertilization?

In infertile couples where women have blocked or absent fallopian tubes, or where men have low sperm counts, in vitro fertilization (IVF) offers a chance at parenthood to couples who until recently would have had no hope of having a "biologically related" child. In IVF, eggs are surgically removed from the ovary and mixed with sperm outside the body in a Petri dish ("in vitro" is Latin for "in glass"). After about 40 hours, the eggs are examined to see if they have become fertilized by the sperm and are dividing into cells. These fertilized eggs (embryos) are then placed in the women's uterus, thus bypassing the fallopian tubes.IVF has received a great deal of media attention since it was first introduced in 1978, but it actually accounts for less than five percent of all infertility treatment in the United States 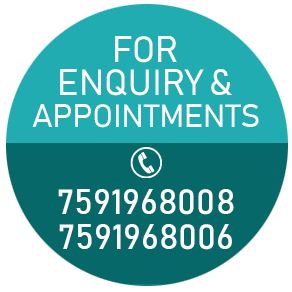